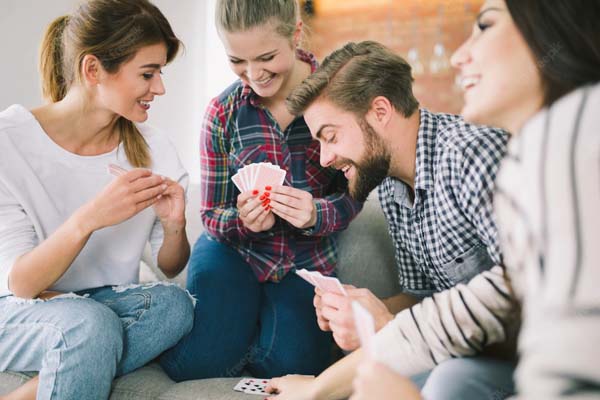 What is Cards Against Humanity? 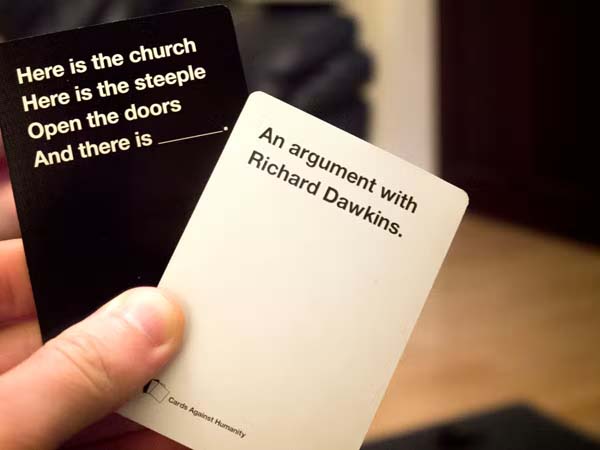 Cards Against Humanity is a popular party game that has become a staple at many social gatherings. Every round, one player asks a question from a black card, and the others respond with their funniest white cards.

The player who asked the question then chooses the most appropriate answer, and the person who submitted that card gets a point. The game is known for its dark and often offensive humor, and it has become a hit with adults all over the world. If you’re looking for a party game that will make everyone laugh, Cards Against Humanity is a great option. 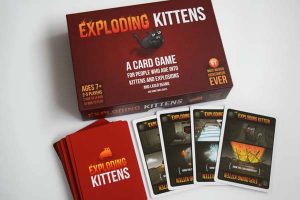 Exploding Kittens, another family-friendly game on this list, is an excellent game to play if you’re looking for card games similar to Cards Against Humanity.

This is an exciting party game for those looking for something that isn’t quite as offensive as Cards Against Humanity but still loads of fun.

There are many reasons why Exploding Kittens is such a fun game. For one, it’s a strategic game that requires players to think carefully about their moves in order to win. Additionally, the game is fast-paced and lively, full of surprises that keep players on their toes.

Perhaps most importantly, though, the game is just plain silly – and that’s what makes it so much fun! The premise of the game – avoiding being blown up by a kitten – is absurd, and the artwork is hilariously quirky. All of this comes together to create a truly enjoyable gaming experience.

So if you’re looking for a fun-filled way to pass the time, be sure to give Exploding Kittens a try! 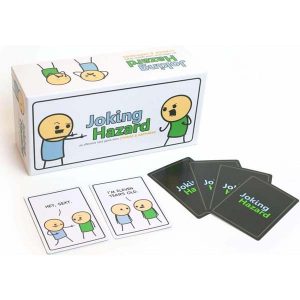 Joking Hazard is a strictly for adults offensive card game in which you must complete an absurd three-tier comic and come up with a million different combinations.

Players take turns creating funny and often inappropriate situations by adding caption cards to a central image card. The game is similar to Cards Against Humanity, but with a greater focus on visual humor.

Once all players have placed a caption card, the player who placed the central image card then reveals all of the caption cards and chooses the funniest one. The player who played that card then gets 1 point, and the game continues with a new central image card. Joking Hazard is a great party game for groups of friends or family who enjoy dark humor. It’s also easy to learn and quick to set up, making it perfect for game night.

So gather some friends, break out the Joking Hazard deck, and get ready to laugh your way through some hilarious and inappropriate situations. 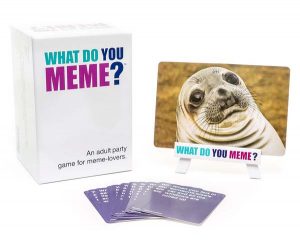 What Do You Meme? is a game known as the millennial card games. This game is similar to Cards Against Humanity, but the premise is that you must caption a meme rather than complete a task.

There are two decks of cards: one with a photo and one that feeds into your hand with different captions. Every round, an alternating player draws from the deck, and the rest of the players must provide a caption that they believe best fits the image. The player who has the most witty caption wins the round!

The game accommodates up to twenty players, but is primarily intended for adults and is not suitable for children. 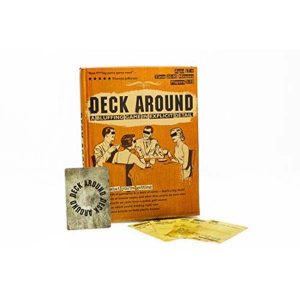 Deck Around is another game that is ideal for those who want something similar to Cards Against Humanity but want to change things up a bit. This game is a lot of fun and a little bit offensive. Therefore, it’s not for the faint of heart, and it’s sure to be a hit at your next party.

This is card game defines what players guess they believe is the most realistic definition of various slang terms written on a deck of cards. Each turn, alternating players read out a list of slang phrase definitions, including the true one, and players must guess which is which.

5. Never Have I Ever 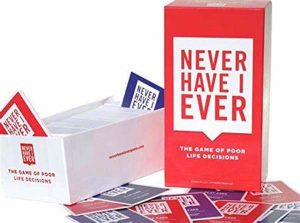 Never Has I Ever is a card game with a plethora of topics where players must admit to their friends whether they have done a certain thing.

The game’s premise is straightforward. Each turn, a player draws a card that says an act, and the players must admit whether or not they have done the act. If they do, they must collect a “play card,” and the player with the most of these cards at the end of the game wins or loses, depending on how your friend group views life. 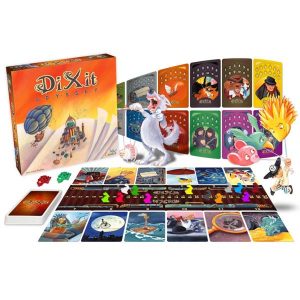 Dixit is another card game in the Cards Against Humanity series. Fortunately, this is the only game on this list that is appropriate for people over the age of eight; otherwise, all of the other games are only for adults.

This game requires 3 to 6 players at a time, and it takes at least 30 minutes to complete one complete set. Each player gets 6 random cards, and everyone gets the opportunity to be the storyteller. Now, the storyteller narrates something by drawing clues from all of the cards in his or her hand without showing them.

Each player will choose one card and hand it to the storyteller that most accurately matches this story. After displaying all of the cards, the person who correctly guesses the storyteller’s card will win this game. 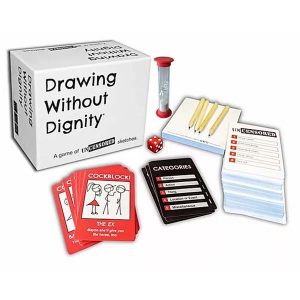 Drawing Without Dignity, combines all of the positive aspects of Cards Against Humanity with games like Pictionary to create a raunchy and raucous party game all its own.

This game’s concept is similar to Pictionary, but it’s about as offensive as Cards Against Humanity. Players take turns drawing from a deck of cards and have a limited time to sketch the phrase or thing on the card. The items are inappropriate and politically incorrect, but you’ll have a great time playing with your friends.

Party games are the real deal when it comes to having fun and crazy times with friends. I am sure you would not want to miss them at all.

We hope that Game nights now are more enjoyable on a whole new level. So, the next time you throw a house party, make sure to include these intense card games.